An Introduction To Septorhinoplasty Incisions And Primary Manoeuvres: 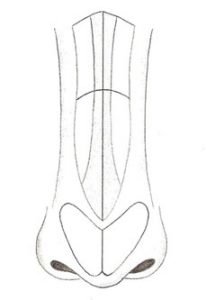 Fig 5 – 5. Dorsum undermining: Stay close to the cartilage and bone. Do not undermine too much laterally in order to avoid bone collapse following lateral osteotomies and to reduce the postoperative oedma. 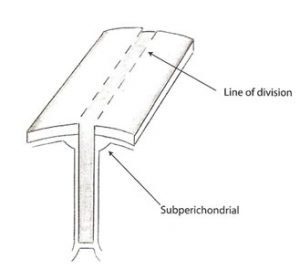 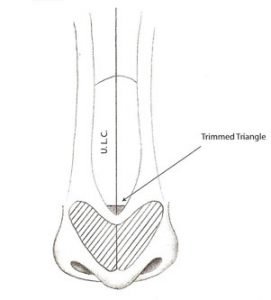 Fig 5 – 7. Trimming of the upper lateral cartilages: If the caudal ends are projecting at the end of the procedure, a small triangle of not more than 1.5mm is excised with preservation of mucosa and vestibular skin. Aggressive excision leads to valve collapse. 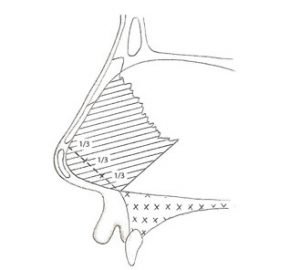 trimmed. In more advanced cases of long nose, overprojected tip and overdeveloped caudal septum the entire caudal septum is trimmed and may be, as required, the nasal spine is partially reduced. (Fig. 17-19)