People do want to stay `forever young` and from the 1920’s onwards surgeons have worked hard to correct the difficulties of an aging face. Charles Conrad Miller (1880-1950), Chicago, is the man credited with making the first attempt at eliminating signs of facial aging. In 1906, he described removing lax folds of skin from the upper and lower eyelids. At first he cut away only the skin, he didn’t remove the bulging fat from around the eyeball that 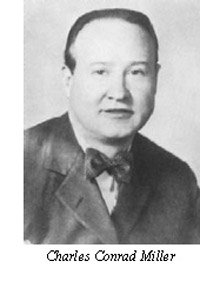 is standard procedure today. To correct the deep lines along the side of the mouth, Miller tried to burrow under the surface of the skin and cut muscles he believed to be the cause of the trouble. Miller blamed women for the unwanted creases, saying that they used these muscles improperly. He wrote the first book on cosmetic surgery `The Correction of Featural Imperfections`. By today’s standards Millers techniques for smoothing facial wrinkles were unsafe and unsavoury. In the 1920 edition of his book, Miller described some refinements to his facelifting technique. He recommended placing incisions unobtrusively, keeping them within the hairline while snipping and tucking to smooth the forehead. He recommended removing the skin and fat bulge through a long horizontal incision just under the chin for a double chin. Miller also advised surgeons to inform their patients of what to expect and to use fine suture material and fine technique.

Frederich Strange Kolle (1871-1929), suggested a remedy for the problems of loose, wrinkled skin on the upper and lower eyelids. His solution – removing large crescents of the skin from both upper and lower lids _ was fated to cause ectropion, contraction of the skin of the lower lids severe enough to show too much of the whites of the eyes and give the unfortunate patient a permanent, round-eyed stare. 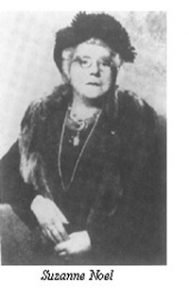 Suzanne Noel (1878-1954), Paris, was the first woman to devote her practice exclusively to aesthetic surgery. In 1926, she published `La Chirurgie Esthetique: Son Role Social`, a book describing her ideas on the psychological impact of cosmetic surgery, as well as offering detailed explanations of her advanced surgical techniques. Noel believed that tugging on the skin alone was insufficient to achieve lasting results; lifting the skin off the underlying structures, then redraping it, provided a better effect.Reputable surgeons described other procedures, such as removing patches of the skin at the hairline and at the fold wherethe ear joins the face to smooth an aging face. Eugene Hollander (1867-1932), claimed he `lifted` the face of a polish aristocrat. Raymond Passot (1886-1933), France, carried out a similar operation. He predicted that cosmetic surgery would be viewed as reconstructive surgery had been in the past and that it would be accepted with enthusiasm by both the public and the medical profession. Albert Bettman (1883-1964), Oregon, U.S.A., presented the first before and after photos in 1919. His incisions in front of and behind the ear were closed with fine silk wire and horse hair and were almost identical to the standard incisions of today. Next Jacques Joseph published a photograph which showed his preoperative and postoperative results on a patient. 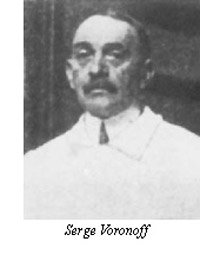 In the early days, the public were very gullible and believed in surgery that promised total rejuvenation. Charles-Eduard Brown-Seguard (1819-1894), France, decided that injecting an extract from dog testicles into an aging man could restore feelings and appearance of youth. Serge Voronoff (1866-1951), Russian, living in France, felt that he could achieve better results by transplanting entire testicles into the bodies of aging men. He felt that human organs would be best, but as it was difficult to get donors, young monkeys were used instead. Irradiating ovaries was the process used to attempt rejuvenation in women. The idea of irradiating ovaries and transplanting testicles was discredited but for a while these procedures had kept both public and surgeons hopeful of rejuvenation.